Encourage Students to Solve Real Math Problems in the Home 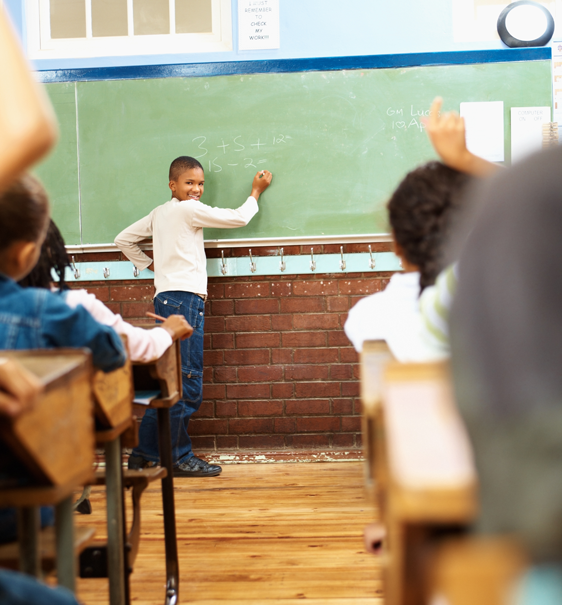 Try Role Reversals to actively engage students in the math problem-solving process. Role reversals reinforce learning by having students assume the role of teacher and then demonstrate solving the problem for their classmates. Different students take turns modeling while the teacher may take the role of a student.

Here’s an example of how Mr. Reynolds incorporated role reversals into his math word problem-solving lesson.

After they finish discussing the first problem, Mr. Reynolds provides opportunities for role reversals: one student models the problem-solving routine with a new word problem while her peers follow along. Mr. Reynolds plays the role of student, asking clarification questions to elicit the modeling student’s rationale (e.g., “I don’t understand why you put your question mark in that particular place in your diagram!” “How can you tell that it’s a two-step problem?”). After the student completes her demonstration, Mr. Reynolds assigns students into groups of three, allowing them to practice with peers as they attempt the next word problem together. He strategically assigns students to heterogeneous groups, where more adept students extend their understanding by explaining complicated parts of the problem-solving process to their peers while providing these struggling students access to alternative explanations.