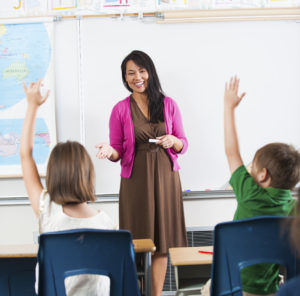 Solve It! is an evidence-based approach to teaching students (grades 5–12)—including those with math difficulties, learning disabilities, and autism spectrum disorder—math word problem-solving skills.

Why does Solve It! stand out as a solid approach to teaching math word problem solving? One reason—it is evidenced-based. To be evidence-based, an instructional approach must be informed—or based on—objective evidence. While objective evidence usually is considered most desired, educators also may use qualitative information to improve student results (e.g., teacher and student observations, student and family interviews, student and teacher work products, surveys, etc.).

In the case of Solve It!, researchers conducted numerous studies of students’ ability to solve math word problems to determine that students who participated in Solve It! instruction:

What Research Says About Solve It!

Solve It! is an evidence-based program designed for inclusion in a standard mathematics curriculum. Explicit instruction in math word problem solving is provided in lessons that:

Solve It! was first validated and refined by Solve It! developer Dr. Marjorie Montague and her colleagues (1986–93) in three separate intervention studies with a total of 84 students with mathematical learning disabilities between 12 and 18 years of age. In these intervention studies, scripted lessons were sequenced to ensure that students learned and understood the cognitive processes and self-regulation strategies associated with effective problem solving. Results indicate that following instruction, students with learning disabilities performed similarly to average achievers who were not given instruction but who demonstrated problem-solving ability. Generally, across studies, students maintained strategy use and problem-solving performance for several weeks following instruction. After several weeks, student performance tended to decline; however, a booster session consisting of review and practice helped students return to their previous level of performance.

Learn More About Solve It!

For more information on the research base for Solve It!, see https://www.exinn.net/wp-content/uploads/2015/10/Brief-on-SolveIt-Research-4-Web.pdf.

To learn more about the Solve It! approach, see https://www.exinn.net/solve-it/.